I’m afraid of what is to come, of what is being left behind for those who will inherit this planet once those who are on it have passed on. While we’ve made great strides in progress throughout the years, we’ve also taken major steps backward. And while the progress we’ve made may push us forward ever so slightly, those steps backward may completely eradicate any proof that progress was there in the first place.

We need to focus on what we want to leave behind in our wake for those future generations that will carry the fire on for us.

We need to focus on our legacy.

We’ve made great strides over the course of human history. We’ve toppled autocratic rulers, ended heinous forms of slavery, and created democracies open to all citizens regardless of who they are. Of course, not all is perfect, and nothing ever is, but what we’ve come to understand is that each generation leaves the world a better place for those to replace them. 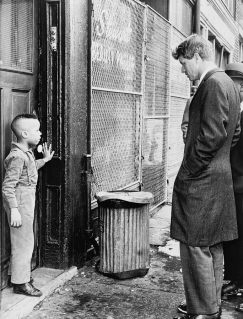 We’ve come to a crossroads where that potential progress could be reversed. Generations of today and tomorrow may be left worse off than those before them for one of the very few times in American history. We face a shrinking middle class, a current generation saddled by enormous debt simply because they wanted to expand their education and a government which seems to only listen to those at the top and ignores those considered “abnormal” from the what they consider the norm. People of color in this country live in a society where they are promised to be treated fairly yet even the laws passed meant to end discrimination do not strip the systemic racism rampant in our country.

We’ve left legacies in the past which have pushed our country forward. President Teddy Roosevelt left behind a government which stood against monopolistic business and the protection of our national parks. FDR left behind a legacy of working together as a global community rather than the separate alliances which led us into two world wars. Harvey Milk began to bring the fight for equal LGBTQ rights to the forefront of American society. The list goes on and on, but it’s important to see that one person can begin a movement and push society forward.

Is this what we want to leave behind for our children and grandchildren, a country where as most recently as 50 years ago you would find the separation of people based on the color of their skin, which now is nearly at the end of its first African American president, and recently elected an individual who has brought out the worst in society and the hidden forms of racism not blatantly seen on signs or on buses?

We are better than this. We have an obligation to leave this world not just a physically better place to live in, but to leave this world a gentler place. Obviously, in a perfect society, we wouldn’t have to worry about war, racism, or other forms of violence and bigotry. What we can do, though, is make this world a kinder place and help people become more sympathetic, compassionate, and understanding of one another. How though? How do we help people accomplish this? Donations? Paying it forward? Perhaps this could be your next blog post.

When David Frost interviewed Robert Kennedy shortly before he was assassinated and asked what he hoped his obituary would say about him, he had this to say:

Something about the fact that I made some contribution to either my country, or those who were less well off. I think back to what Camus wrote about the fact that perhaps this world is a world in which children suffer, but we can lessen the number of suffering children, and if you do not do this, then who will do this? I’d like to feel that I’d done something to lessen that suffering.

We have the ability to lessen the suffering of those around us. It takes all of us working together to truly change the world, but it begins one person at a time.

And I hope you’ll help me as we try to pass on our legacy of a more compassionate and empathetic world to those who will continue to help lessen the suffering of those around us. We may not be around to see it happen, but as Lin Manuel-Miranda wrote in the musical “Hamilton”:

What is a legacy?

It’s planting seeds in a garden you never get to see.