We live in the most powerful nation in the world, with one of the largest economies ever seen. The stock market is booming and unemployment is at a record low. Y 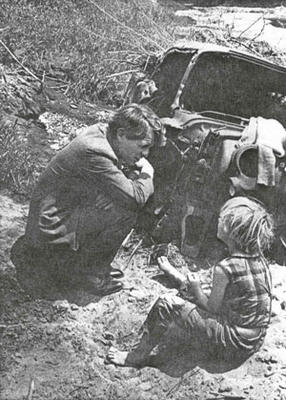 et, we still have those who suffer needlessly in this country, and because of their social status, their voices are the quietest, thus making them mute to the rest of the country. They are drowned out by the wealthy and powerful elite who run this country for their own benefit rather than for the benefit of all. What makes it worse is that these people play upon the fears of those less fortunate than them, blaming their misfortunes on other individuals who are already suffering, as well.

We need to identify the true problem in our country before it’s too late.

We need to protect and stand up for those who suffer because they are the backbone of our country and we are all just one step away from being in their shoes.

We play on each other’s suffering to make ourselves feel better. We refuse to acknowledge the fact that this country has forgotten those who live in poverty or are on the verge of it. Instead, we’ve created the mentality in our society of haves and soon to haves. No one is a have not anymore, you just have to work harder and you’ll become one of those rich millionaires you see on television who have their own reality TV show. This is a disgrace to humanity as a whole.

We are now a society where those who are worse off are ignored and their only reason for being in this situation is because of their lack of working hard. Never mind the fact that there are a number of people in this country working more than one job just to make ends meet. Instead of focusing on that we declare that if only they did something with their life or saved their money more they wouldn’t be in that situation.

No one understands what it’s like to step into someone else’s shoes to understand why a person lives the way they do. We make assumptions based off what we see, not what we know. It breaks my heart that those who are worse off than others are played upon by the rich and powerful by dangling a fabricated idea of soon to be wealth in front of them. They make them work harder for less pay until they are worn out and eventually replaced, and the cycle continues endlessly.

We need to take a step back and understand just what is going on in our society. We have a widening gap between the rich and the poor which is only growing and no one seems to want to do anything about it. Instead, we have a society now where if you’re rich you worked hard for it (never mind the majority who simply inherited their fortune) and if you’re poor you deserve it because you’re not working hard enough. We need to end this idea and work towards lifting up everyone together rather than those who are well off.

Robert Kennedy understood this, making it one of his primary reasons for running for president. He visited the areas we refuse to acknowledge today: Delta Mississippi, Appalachia, the poorest areas of our inner cities. He witnessed first hand the horrors that poverty brings to a neighborhood and how it spreads throughout society like cancer.

Today, though, we simply block out these areas and assume they’re like that because they deserve to be. In order to help these people we need to become more active in politics from local all the way up to the federal level. It’s not enough to only care about a presidential election every four years. It’s about caring about your Senate elections every six years, your representative ever two, and even caring about who stands for you in your local assembly or mayorship. Each person in office, no matter how small the position, is required to do their business on behalf of the people they represent. When they don’t do that and answer only to those who give them the most money we have a break down in society, and that’s happening right now. We’re on the verge of a potential second Gilded Age if we stand by and let these elected officials get away with this.

We need to take action by supporting organizations and other nonprofits who specifically work to lift those out of poverty, and also explain how your donations are used to do so. Humanitarian organizations are not created equal when it comes to how they delegate their funds towards meeting their mission statements. An excellent website to look at if you’re thinking of donating to a specific organization is Charity Navigator. They provide you with a myriad of information points on whatever organization you’re looking for. I highly suggest doing your research before donating to an organization the next time you hear a sad Sarah McLaughlin song. If you want to help individuals in need and make their voices heard, these organizations can speak for them at a louder, more organized volume.

If we truly want to live in a society where everyone feels welcome, we need to heed the words of President Franklin Roosevelt:

If we do not provide for those who have little then we are simply on the way towards the destruction of our society.

We need to act now before it is too late.