Back in 1968, after Lyndon Johnson dropped out of the race on the Democratic ticket and his Vice President, Hubert Humphrey, took his place we began to hear 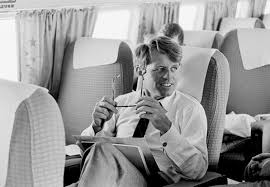 something strange. There was this talk about the “politics of joy.” It almost felt like we were living in some sort of tone-deaf country. Hadn’t we just lost Martin Luther King, Jr. just a few weeks earlier? Weren’t there riots in the streets and cities literally on fire? Weren’t thousands of young soldiers dying halfway across the world? We weren’t living in a world – let alone politics – of joy. We were living in a world of impending doom.

Bobby saw this and held back no punches at ripping down the curtain that hid the rest of us from the real world. He pointed out not just the injustices against blacks, but against all those who live in poverty, Native Americans, and, of course, the unwinnable war in 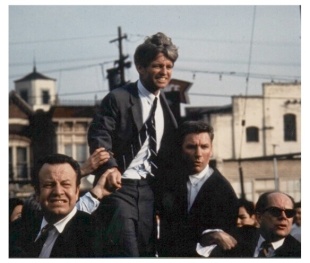 Vietnam. He could see the fabric of our country ripping apart, and he knew the only way to stitch it back together was through getting the hard truths out into the world, because, you see, once you say something it becomes more than a thought. It becomes real.

He saw two paths for us to choose as a country, and he described it beautifully, albeit sadly, to those in Indianapolis on the night Martin Luther King, Jr. was assassinated.

In this difficult day, in this difficult time for the United States, it is perhaps well to ask what kind of a nation we are and what direction we want to move in. For those of you who are black–considering the evidence there evidently is that there were white people who were responsible–you can be filled with bitterness, with hatred, and a desire for revenge. We can move in that direction as a country, in great polarization–black people amongst black, white people amongst white, filled with hatred toward one another.

He acknowledged that we could, indeed, move towards more polarization. That was an option, and he wasn’t afraid to tell that truth. But he also knew what we had the capacity for. 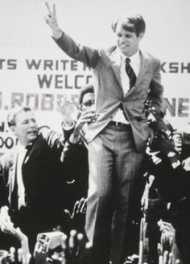 feeling of impending doom and turn it into a feeling of impending joy. Now, I’m not saying this will be easy. In fact, after the last forty or so years of how our country has behaved – towards itself and other countries – it will take some time of healing to truly get to a point where we can breathe a sigh of relief. I also won’t beat around the bush: these last two years have been more turbulent than anything moment in American politics I’ve ever witnessed (save the Cuban Missile Crisis, of course). But we can get through this wave of darkness and come out on the other side with our feet still planted on the ground, realizing that the world hasn’t ended and that we’re still here.

I’m sure that’s how Bobby felt some time after the death of his brother. He suffered so 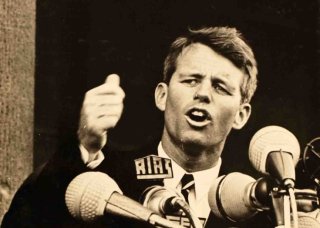 much agony afterward, that there had to be a point – most likely when he decided to run for president in 1968 – when he felt his feet planted on the ground and realized that the world – life – goes on no matter what happens. We have the capacity to get through these tough times, whether they be political or personal, and come out stronger on the other side. We just have to persevere through the muck that we feel like we’re stuck in because eventually, we’ll come out of it. And the only place to go from there is up.

So, just remember, that everyone around you is going through something in their lives, so please be kind, and please heed the final words Bobby spoke on the back of that pickup truck in Indianapolis:

Let us dedicate ourselves to what the Greeks wrote so many years ago: to tame the savageness of man and make gentle the life of this world. 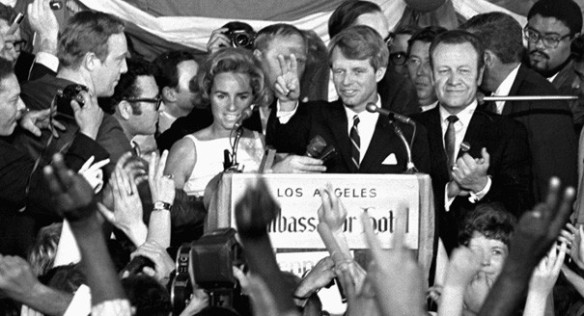