As we say goodbye to Bobby 50 years after he was taken from us, I want to reflect on the consistent message he spoke of time and time again while traveling throughout the world and the US as Attorney General, a Senator from New York, and finally as a presidential candidate in 1968. His message never wavered in any position he held. His 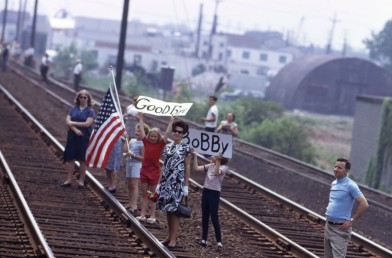 message was stern yet docile at the same time because Bobby was more than simply Bobby. He was an ideal, and that ideal will never die, so long as we continue to heed his words.

Be warned, that this post will contain a large number of photos taken on the train ride from New York City to Washington D.C. where he was laid to rest. The pictures themselves bring me to tears, but at times when I feel hopeless, I remember the words Bobby spoke and remember that the only way forward is to do just that: move forward.

“Tragedy is a tool for the living to gain wisdom, not a guide by which to live.” 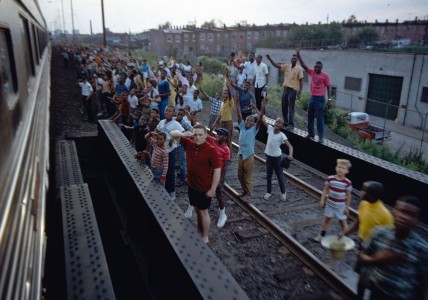 Bobby’s life was constantly filled with tragedy. From his oldest brother, Joe Kennedy, Jr. and sister’s death during World War II, the near death of his brother Teddy, and the ultimate death of his closest companion and brother, President John F. Kennedy, Bobby lived through blow after blow after blow of suffering. In the end, though, he rose above the fray and, though the beatings he took showed on his fragile face, he still pressed forward. He still fought for what was right, because he knew that even with all the tragedy in his life it would lead him towards wisdom. It helped him understand just who he was.

“Something about the fact that I made some contribution to either my country or those who were less well off. I think back to what Camus wrote about the fact that perhaps this world is a world in which children suffer, but we can lessen the number of suffering children, and if you do not do this, then who will do this? I’d like to feel that I’d done something to lessen that suffering.”

This was the essence of Robert Kennedy. To understand that one could not end all 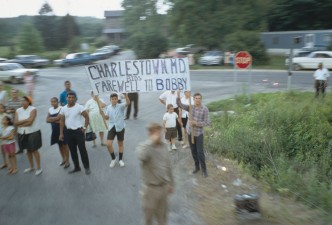 suffering, but that they could do the best they could to ease suffering, and if you aren’t the one to do it, who will? We constantly are living our lives waiting for someone to save us, but what if we’re the ones we’ve been waiting for? What if we’re the saviors we need at this moment, even if it’s just for a bit? That’s what Bobby spoke of. That’s what Bobby will always be remembered for.

“Our answer is the world’s hope; it is to rely on youth. The cruelties and the obstacles of this swiftly changing planet will not yield to obsolete dogmas and outworn slogans. It cannot be moved by those who cling to a present which is already dying, who prefer the illusion of security to the excitement and danger which comes with even the most peaceful progress. This world demands the qualities of youth: not a time of life but a state of mind, a temper of the will, a quality of the imagination, a predominance of courage over timidity, of the appetite for adventure over the love of ease.”

Bobby placed an incessant need on the youth of the day to rise up and take hold of their country and morph it and shape it for the future. To look at the past and learn from it so that the mistakes of it would not be repeated. This is still incredibly true today. The United States was built by the generation before and should continue to progress 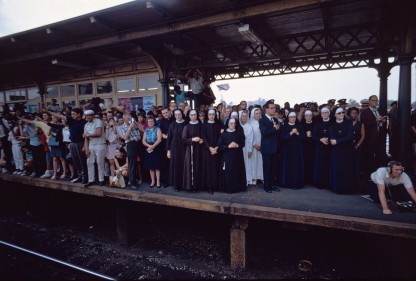 generation after generation. What seems to have happened, though, is a feeling of apathy towards our government and the ability for them to “get things done,” and instead of running for office themselves they simply accept the unacceptable as the new normal. Bobby saw the radical ideas of those who were young and knew that they could meld with the ideas of the moderate to create great accomplishments. We still have a long way to go, but it seems that we’ve come to an era of enough is enough. Where we go from here depends on those who wish to progress that movement.

“Few will have the greatness to bend history, but each of us can work to change a small portion of the events, and then the total — all of these acts — will be written in the history of this generation.”

Brick by brick, stone by stone, that’s how we enact change. Bobby knew this and knew 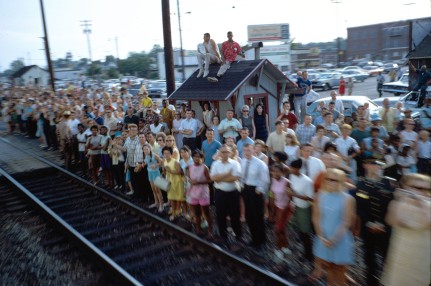 that he alone could not fix the problems surrounding our society and world. There was no one man who would end the Vietnam War, just as there is no one man who will ease the rising tensions occurring between the United States and North Korea. A single person acting on their own pride and assumptions is blinded by their own ambitions. If we work together and each takes a chisel to the walls we’ve built around us only then can we knock them down. Bobby was just one of those people who decided to pick up a chisel and hope others would join him.

“It is from numberless diverse acts of courage and belief that human history is shaped. Each time a man stands up for an ideal, or acts to improve the lot of others, or strikes out against injustice, he sends forth a tiny ripple of hope, and crossing each other from a million different centers of energy and daring those ripples build a current which can sweep down the mightiest walls of oppression and resistance.”

When we see an injustice we must stand up, together or one by one, to say “No more” to this because when one of us suffers, all of us suffer. There can be no peace when one 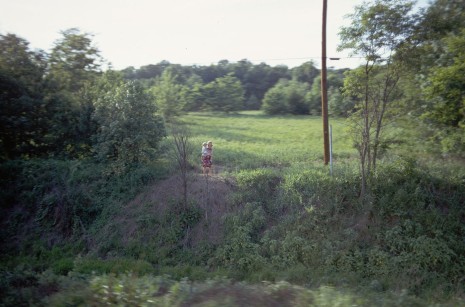 citizen or group of people is suffering from any form of injustice or prejudice. When we stand up for something, we let others around us know it’s okay to stand up for something you believe in and, in turn, they will stand up with you. Thus the ripple begins to grow and grow until finally to works to overturn the things we find unacceptable in society. We must continue to work, hand in hand, towards building those ripples. The water won’t move unless we do.

“Martin Luther King dedicated his life to love and to justice between fellow human beings. He died in the cause of that effort. In this difficult day, in this difficult time for the United States, it’s perhaps well to ask what kind of a nation we are and what direction we want to move in. For those of you who are black — considering the evidence evidently is that there were white people who were responsible — you can be filled with bitterness, and with hatred, and a desire for revenge.
We can move in that direction as a country, in greater polarization — black people amongst blacks, and white amongst whites, filled with hatred toward one another. Or we can make an effort, as Martin Luther King did, to understand, and to comprehend, and replace that violence, that stain of bloodshed that has spread across our land, with an effort to understand, compassion, and love. […] But we have to make an effort in the United States. We have to make an effort to understand, to get beyond, or go beyond these rather difficult times.”

When Martin Luther King, Jr. was assassinated Bobby was on his way to a campaign stop in Indianapolis, where the crowd – primarily black – had not heard the news. When he 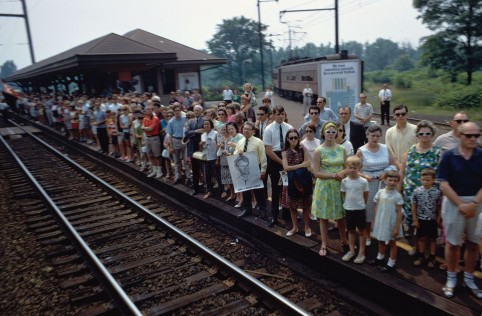 arrived and stood in the back of a pickup truck, he turned the moment in something so unprecedented, so emotional that it’s considered one of the greatest speeches of all time. And the fact that he wrote down a few thoughts immediately before speaking to the crowd still stuns me to this day. He turned that campaign event into a moment of reconciliation. He knew after this moment that there were two paths we could go in: one of hate and violence or one of empathy and compassion. This was essentially the crossroads Bobby knew the United States had come to. He spoke eloquently, from the heart, and truthfully. He identified with all the hopeless eyes out in the darkness because he saw his own reflected back at him from when his brother was assassinated. And out of the dozens of major US cities that rioted that night, Indianapolis did not. And many attribute that to Bobby’s speech.

“My favorite poet was Aeschylus. He wrote: “In our sleep, pain which cannot forget falls drop by drop upon the heart until, in our own despair, against our will, comes wisdom through the awful grace of God.”

Spoken during the speech given in Indianapolis, Bobby once again turned back towards the idea that through tragedy comes wisdom and through wisdom comes empathy and 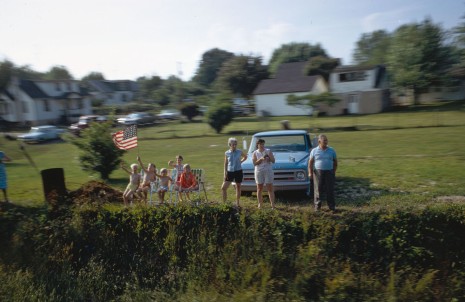 through empathy comes love. He knew that his brother would never come back, and the people standing in that street in Indianapolis watching Bobby knew that Martin Luther King, Jr. would never come back. The only thing they could do was learn from this moment and decide how they wanted to proceed: through violence and pain or through mimicking MLK’s vision of non-violence and standing up for what was right. 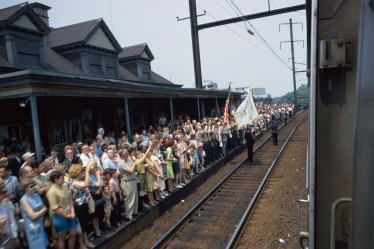 seem to always tell us what we should be doing in order to progress as a people. We, as a species, seem to find it complicated that we are simply one species. Instead, we divide ourselves into different groups based off of religion, race, color of skin, gender, sexuality, and what have you. What Bobby was begging for us to see was that we none of those things first. We are human beings first and in order to survive as a species, we need to start treating each other with compassion no matter who they are, for without it we shall surely perish.

This quote is the reason this blog exists. It is what this blog strives to bring to light with each and every post. We must tame that savageness within ourselves and learn to make gentle that which is so easy to destroy. We may innately be survivalists, but we are so much more than that. We are a compassionate people. We are an empathetic people. We’re the ones who see someone suffering and ask what we can do about it. We cannot turn our backs on those around us, because if everyone turns their back on one another, how will we ever progress as a society, as a country, as a species? So, reach out your hand the next time you see someone in distress. Let them know they’re not alone. Make gentle the life of this world.